A Money Lesson For Me and My Niece 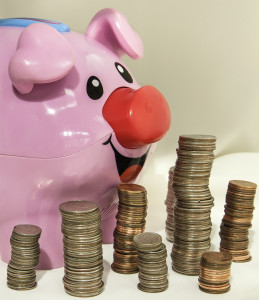 Shannon Ryan at The Heavy Purse had a great article this week on how to talk to your kids about debt within the context of everyday life. You can read it for yourself here: How to Integrate Debt Conversations into Everyday Activities.

I really liked her post for its practicality and simplicity. There’s nothing in there about hammering home the dangers of debt with long lectures or powerful examples. Rather, it emphasizes the power of using simple, consistent examples in your daily life to slowly but surely ingrain a respect for money in your children. This post really resonated with me because it epitomizes how I would like to teach my children about money when the time is right, and also because of a recent experience I had where I got to do a little bit of teaching to my niece.

As I mentioned the other day, my 6-year-old niece stayed with us for the past couple of weeks. On the very first day, I took her and my son to Target with me to get some groceries. She had $2 that she had earned recently and she brought it with her to see what she could buy. On the way over she was asking me what I thought she might be able to afford, and I told her that it would probably be something small but that if she wanted to hold on to the money, she could potentially come back later when she had more to buy something bigger. Her response to that: “Nah! I think I’ll just get something now.”

So we got to Target and we ended up walking up and down the aisles of the toy section. One of the very first things she found was a yo-yo that cost about $1.50. “Ooh! I’m gonna get a yo-yo!” was her immediate response. I suggested that we keep looking a little more and that we could always come back to the yo-yo, so we marched on. In every aisle she found something she liked and asked me how much it was. When the answer was more than $2, which it always was, her first response was shock and disappointment. Every single time this happened I would agree with her that Toy X was extremely cool and reiterated the idea of saving her money so that she could buy it later. And her response to this every single time was: “I’m just gonna get the yo-yo”.

After about 10 minutes of looking through pretty much every toy they had, almost none of which she could afford with her $2, she ended up getting the yo-yo. Although I was proud that I hadn’t caved and helped her buy something bigger, I was somewhat disappointed that my message about saving hadn’t hit home.

It turns out that kids actually DO listen

Later that day we went to a birthday party for the son of my wife’s friend. There were a lot of other kids there and the parents set up a scavenger hunt. Our niece found one of the plastic golf balls that they had hidden, and inside it was $5. She was rich! So we asked her what she wants to do with the $5 and you know what she said? She said she was going to save it so that she could eventually buy one of the dolls she saw at Target that cost $15. VICTORY!!!! I honestly felt like jumping up and down and pumping my fists like I had just won the Super Bowl. Instead I simply told her that I thought that was a great idea and offered to hold onto the money while she went back to playing with the other kids. But inside, I felt like a million bucks.

I honestly don’t know whether she actually will wait until she saves enough money to buy that specific doll. Maybe she’ll save her money to buy something else. Maybe she’ll blow it on candy in the airport on her way back home. But she hasn’t spent the money yet and she has brought up her plan a couple more times, so I’m still feeling pretty good.

The point here is that it doesn’t necessarily require moving heaven and earth to teach our children about money. There were no long lectures about compound interest or delayed gratification involved in this example. There was instead a simple, consistent message that was repeated within the context of a situation that actually mattered to my niece. I think the message worked primarily because she was deciding how to spend her own money on something that she actually valued, which in this case was a toy. And because she was in the end still allowed to make her own decision, she was able to clearly see the consequences of that decision and think about how she might want to do it differently next time.

While I’ve already given some thought to how I’d like to teach my own children about money, my son is too young to learn so this was my first real chance to try it out. It was a valuable learning experience for me and I hope that I can use some of the strategies I learned here when the time comes with my own kids.

Edward Antrobus: I wish I had written this article. Edward runs through 6 simple ways to instill your children with a quality education. This is timeless advice.

Planting Our Pennies: If you’re a young investor, this is an absolute must-read article on why market dips are actually good for you.

Student Loan Sherpa: Oregon is proposing a really radical and very cool way to address the student loan dilemma. The proposal would allow students to attend school at no cost, but require them to give 3% of their income back to the University for the first 24 years of employment. I would love to see how this plan worked in action.

Young Adult Money: Renter’s insurance is an important part of financial security that is often overlooked. David explains here why we should want it and reminds us that it is extremely affordable.

Faithful With a Few: Some really practical, actionable tips on how to make the most out of being turned down for a job. Knowing how to learn from past failures is one of the best ways to ensure future success.

The Chicago Financial Planner: A great example of how financial products are often sold with promises that often aren’t all that they seem to be.

The Umbrella Treasury: J.W. walks through her thought process as she and her husband decide how much home they can afford. I really like how she uses the rule-of-thumb methods as a starting point but adjusts them to her own circumstances.

Luke1428: Brian has some great thoughts here on the power of leading by example.

Thanks to these carnivals for including me along with some other great posts!

GET THE ROAD MAP
Start building a better financial future with the resource I wish I had when I was starting my family. It’s free! 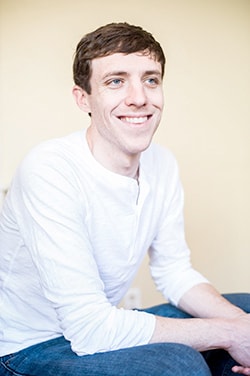 HI, I'M MATT
As a fee-only CFP®, I help you take control of your money so you can take care of your family. 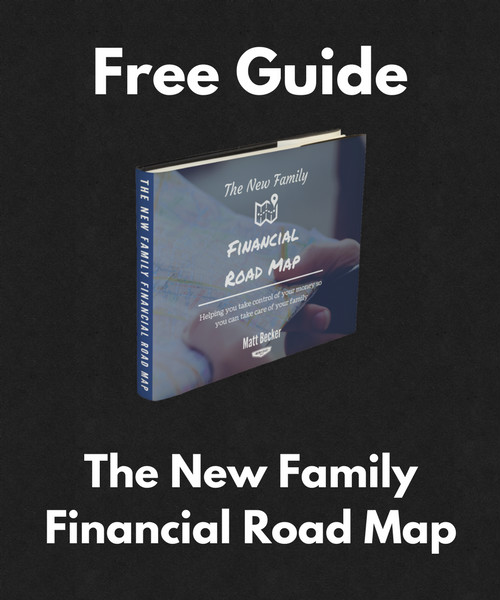 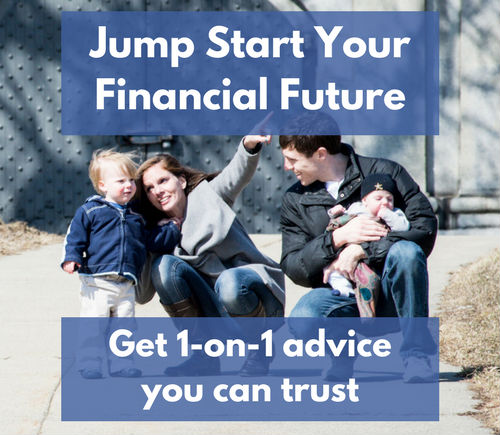